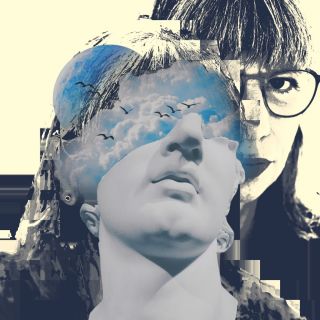 Olympia Mytilinaiou based in Athens, Cinematographer Member of GSC, IMAGO, and THEICFC association. She is a member of the European and Hellenic Film Academy
She was born and raised in Litochoro, Mount Olympus, and North Greece.

1987 she studied Cinematography at the Hellenic Cinema and Television School Stavrakos and started working while she was a student in the Greek film industry.

Till 1998 she has worked as Assistant Camera, Focus Puller, and Camera Operator in films (fiction and documentary) and TV spots.

2009 Her work became most known to a wider audience with Panos Koutras’ acclaimed feature A Woman’s Way (Strella), a festival favorite, selected and screened, among many in Berlin International Film Festival 2009 Panorama section.

She has achieved the shooting for the documentary Dollars For A Saint, by Avra Georgiou a Films Transit INC Production for ARTE TV.

For the same film, her work has been awarded 2013 with the Gianni Di Venanzo International Prize for Cinematography in Italy.

The same year she worked with artist Stefanos Tsivopoulos for the film History Zero, which was presented at the Greek Pavilion 55 Biennale di Venezia.

In 2015, she collaborated with Algerian director Rayhana on the feature film A mon âge, Je me cache encore pour fumer, starring Hiam Abbas, a co-production of Michele Ray-Gavras and Fenia Kossovitsa.

In 2017 and 2018 she collaborated with Stavros Tsiolis in the film Women Who Passed by and with Nikos Kornilios in the film Back Held Hands.

In 2018 she collaborated with the artist Pantelis Makkas in the art film Antistoli.

In 2020 she also collaborated with George Drivas on the video art film Aeonium.

In 2022 collaborate again with Panos Koutras at his film DODO that participates in 75 Cannes film festival official selection.

© All rights reserved. Powered by Plethora.